New Generation Voters is committed to young voters and pre-voters, the future of our nation. In a time of continual political excitement, we want to enlighten the minds of young and future voters, or young at heart, to understand complex domestic, foreign policy, and social issues. We aim to focus on educating young voters on the importance of both national and local elections. Former Speaker of the House Tip O’Neill famously coined the phrase, “all politics is local”, and we take that to heart. Legislation made at a local level should reflect the actions of Congress. NGV wants to engage readers in following the important stories of the week that are woven into the blog posts. This week, we are focusing on the SCOTUS seat battle, the recent peace deals involving Israel and several Middle Eastern states, and state of important US Senate races. Check it out the latest here.

Will a Contested Election Lead to a Color Revolution?
Blood in the Water: Battle over SCOTUS Seat Threatens Future of the Senate
Looking Ahead to the Fall: GOP House Majority Possible?

No, this is the date that the members of the 117th Congress will be sworn in.

Yes, this is a very important date, no matter what will happen in the weeks after Nov. 3rd, U.S. Code mandates that the electors meet to cast their ballots on this day.

The Republicans last had total control of the government…when?

Did you know that the last time the Republican Party controlled the presidency and Congress was after the 1928 election?

That's awesome! It is good to know that NGV attracts such intelligent students of U.S. history!

In the closely followed presidential election of 1928, Republican nominee and former Secretary of Commerce, Herbert Hoover, achieved a dominant victory over the Democratic nominee, Al Smith. In the Senate, the Republicans gained eight seats, which brought their total majority to 56 seats. The Democrats held 39 seats and the Farmer-Labor Party retained their one seat. In the House of Representatives, the Republicans won 32 seats, bringing their overall total to 270. The Democrats held 164 seats, while the Farmer-Labor Party lost one of their two seats. The results exceeded expectations for the Republicans, allowing President Herbert Hoover to have the full support of Congress for the first two years of his administration. Unfortunately for the REpublicans, they would lose the majority in the House in the 1930 elections and the Senate in the 1932 elections. President Hoover would be soundly defeated by Democratic nominee, Franklin Delano Roosevelt in the 1932 presidential elections.

Did you know that Rutherford B. Hayes didn't actually win the 1876 presidential election?

Great! We are impressed with your knowledge of U.S. history!

In the hotly contested presidential election of 1876, Rutherford B. Hayes, a Republican from Ohio was competing against Samuel J. Tilden, a Democrat from New York. Tilden had received 184 electoral votes over the 165 that Hayes had received. However, there were 20 electoral votes from Florida, Louisiana, South Carolina, and Oregon that were unresolved. After allegations of electoral fraud on both sides and increasing argument between the parties, the Compromise of 1877 was reached. The remaining 20 votes went to Hayes in exchange for the Republicans removing federal troops from the South, which ended the Reconstruction, started after the Civil War.

Do you feel represented?

With primaries nearly over and the presumptive candidates selected do you feel represented in this coming election?!

Awesome! Make sure you are registered to vote.

Bummer. Don't forget you can always write in a candidate. 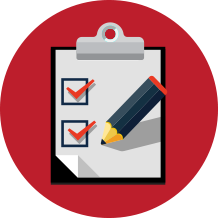 What will happen to the United Nations?